Interested in joining the Keystone Science School Board of Directors? We are always looking for talented individuals with relevant business or non-profit experience. Please fill out our online application to begin the process.

Learn more about what it means to be a KSS Board Member by reading the Job Description. 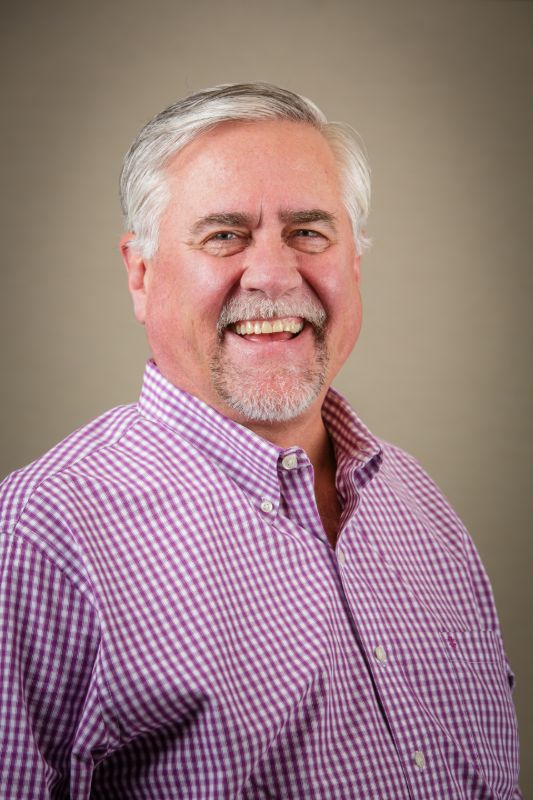 Jeff Campeau served as the FirstBank Summit County Market President from 1999 to 2016. He oversaw all management of the Summit County Market for FirstBank Holding Company, which was a $425M market at the time of his retirement on February 2, 2016. Jeff’s additional duties included serving on the Loan Committee, attending Funds Management Meetings, monthly meetings of the Board of Directors and Chairing the Customer Development Committee. He proudly served as a FirstBank employee for 30 years. Jeff graduated with a Bachelor of Science degree in Finance from the University of Colorado and obtained his master’s degree in Commercial Banking from the Graduate School of Banking Pacific Coast Banking School.

Having lived in Summit County since March of 1990, Jeff has been active in the community as a volunteer and/or Board Member for many non-profits such as the Breckenridge Outdoor Education Center, Summit Combined Housing Authority, Habitat for Humanity, Summit Medical Center Foundation and the Colorado Mountain College Scholarship Committee. His desire to get involved with Keystone Science School stems from his interest in youth and the outdoors as well as in working with other talented and committed community leaders. 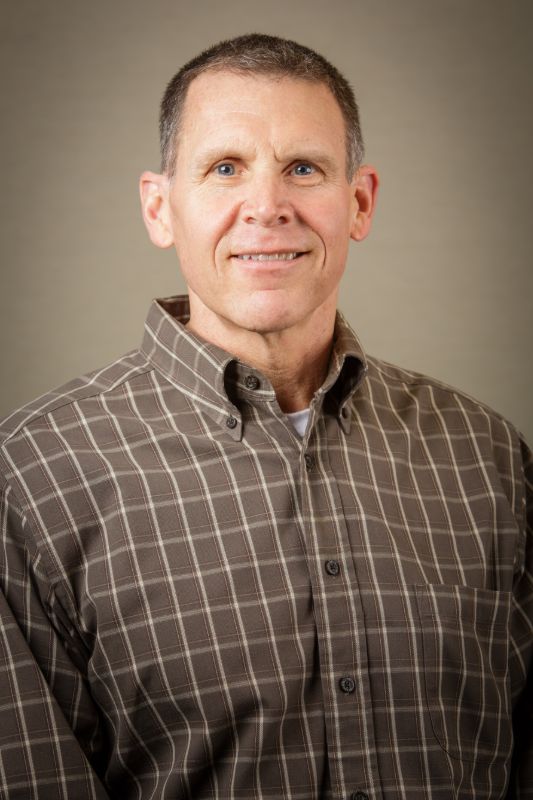 Tim’s extensive involvement in his community has given him a broad spectrum of experience that he brings to Keystone Science School. He has served as a Board member for the Salt Lake City Visitors and Convention Bureau, an instructor at Mt. Hood College, Board Chair, Portland Oregon Visitors Association, and a Board Member for the Portland Regional Arts and Culture Council. Tim and his wife Alisa reside with their dog and cat in nearby Summit Cove. Both are active tennis players, cyclists, skiers and hikers. 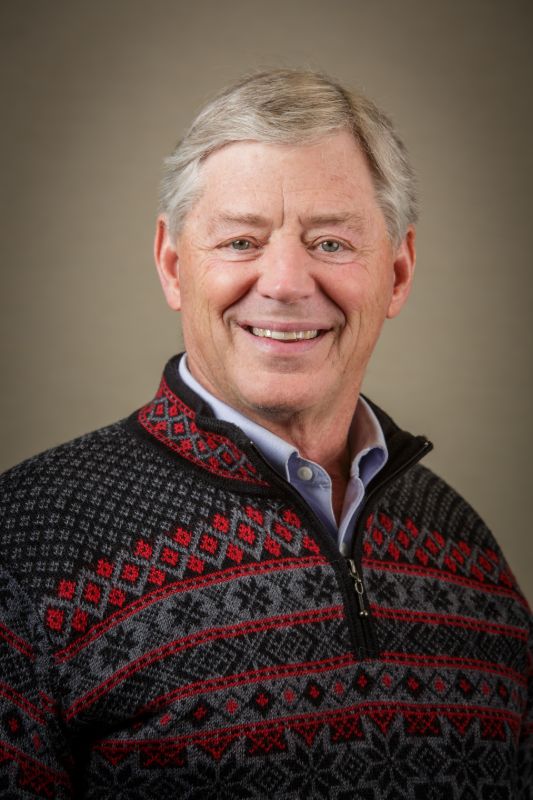 CH Maguire has been married for the past 50 plus years to Lorraine Lewis Maguire, has four grown children and eight grandchildren. He is a 1965 graduate of Centre College in Danville, Kentucky and holds a Bachelor of Arts degree. From 1969 until his retirement in 2004, CH worked in a sales and managerial capacity with Merrill Lynch and Company residing in such cities as New York NY, St. Louis MO, Atlanta GA, Louisville KY, Princeton NJ, Cincinnati OH and Charleston SC. After his retirement from Merrill Lynch, CH worked in the government of the State of South Carolina serving in various capacities such as Senior Advisor to the Governor, Director of Cabinet Affairs and Chief of Staff of the Department of Commerce. CH has served as a Trustee of a number of schools including Centre College, Seven Hills Schools, The North Carolina Outward Bound School and the Joy Outdoor Education Center. In addition to working with Keystone Science School, he also sits on the Board of Directors at the Cincinnati College Preparatory Academy. His hobbies include hiking, golf, skiing and biking. 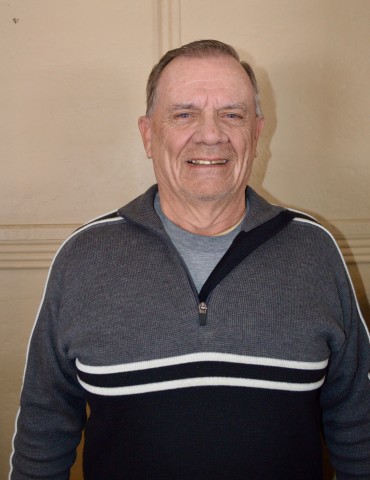 Howard retired from Ernst & Young (now EY) in June 2002 where he was serving as the Hartford, CT Office Managing Partner. He has more than 35 years of experience in management, auditing, accounting, financial reporting, and insurance. He also has substantial experience as a board member, board chairman, and auditor for civic/charitable not-for-profit organizations.

Howard and his wife, Sue, have been involved with a variety of nonprofits with special emphasis on children, education, financial literacy and the arts. Currently, the Carvers are on the boards or committees of or work closely with Lake Dillon Theatre, The Summit Foundation, Breckenridge Music Festival, Continental Divide Land Trust and Mile High United Way as well as Bradley University and the University of Wisconsin.

Howard received his bachelor of science from Bradley University (‘66) and his master of business administration from the University of Wisconsin-Madison (’67). 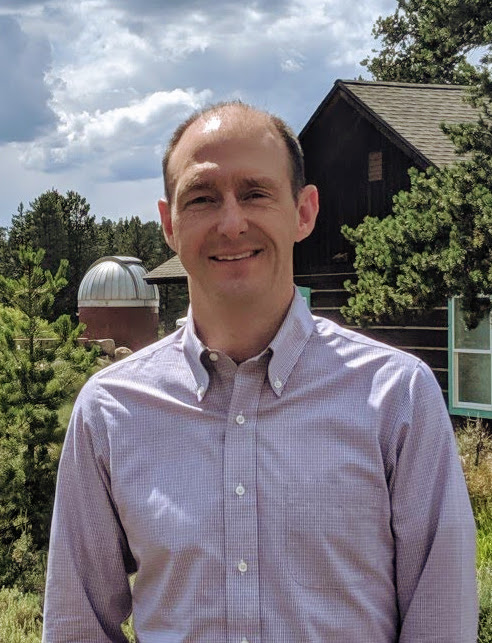 Robert Mathes is an attorney with Occidental Petroleum Corporation and is based in Denver, Colorado. Rob advises his company on a wide variety of natural resources and oil and gas-related issues. Prior to joining Occidental, he was a partner in a large Denver-based law firm and a smaller boutique firm. Rob graduated with a Bachelor of Arts degree in Philosophy from the University of Wyoming and a Juris Doctorate degree from the University of Wyoming.

Rob is on the University of Wyoming College of Art & Science Board of Visitors and is active in his church in Denver where he is a deacon and teaches Sunday school. Rob is committed to working with the Keystone Science School because of his passion to support educational foundations and his strong support for ecology and science-based education. 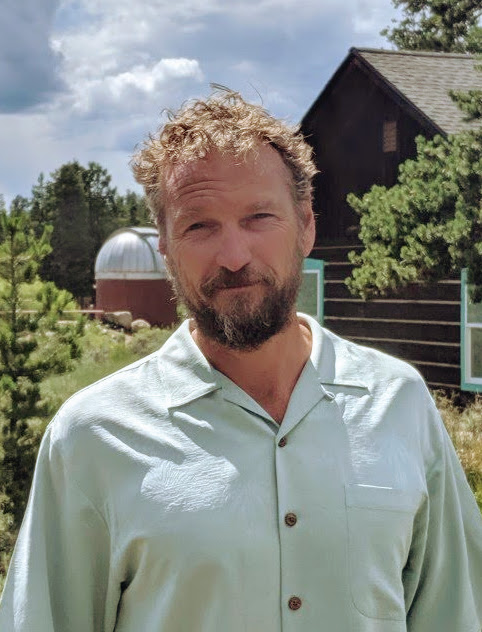 Tim Crane started a successful real estate development company in Summit County in 1997 after growing up in Maryland and graduating from Northeastern University. With a passion for science, he began his academic career in biochemistry but later switched to finance where he found the start of his professional life for the first eleven years serving as the Vice President of Finance for Blue Cross/Blue Shield. The corporate life wasn’t for him, so he and his college sweetheart set off for adventure with a dream to explore the world on a sailboat for a year. The dream led him to Colorado where they settled for over 30 years.

Tim and his wife, Dawn, found great joy in building homes in Summit County through their business, Compass Homes. They enjoy many of the outdoor recreational pursuits available in the high country like mountain biking and backcountry skiing. Tim also enjoys flying, sailing, and sportfishing. Tim brings his love of the outdoors and science as well as his experience and expertise in business and finance to Keystone Science School. 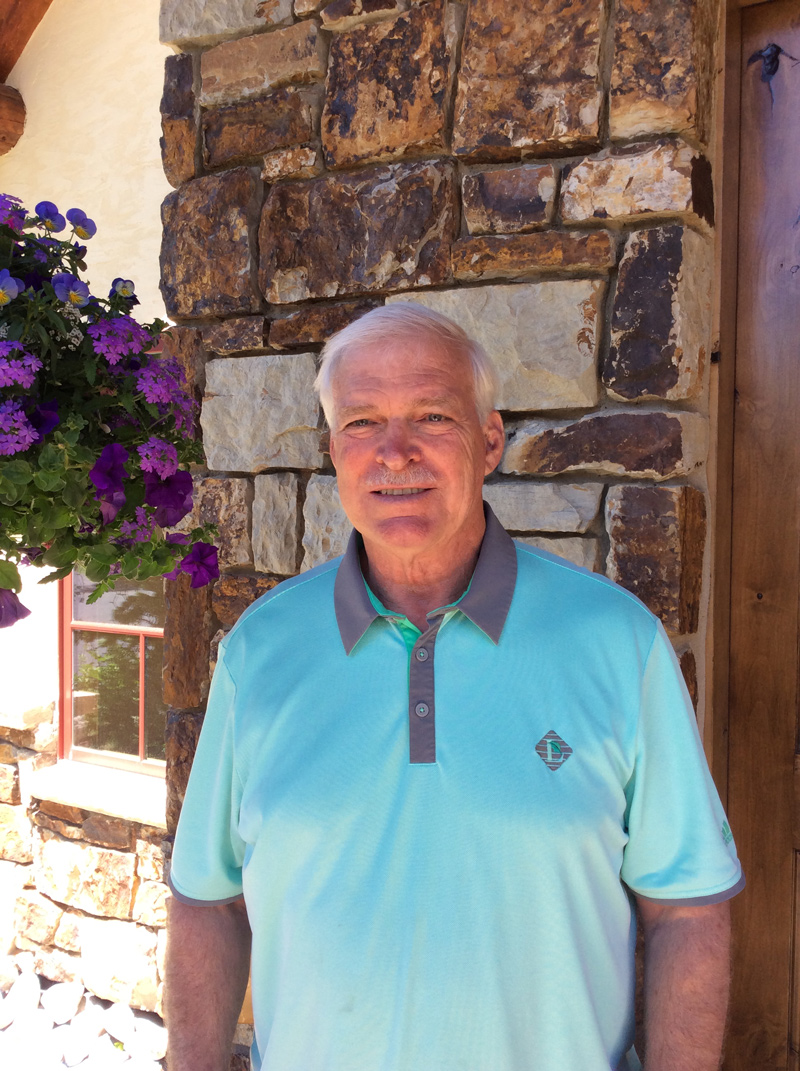 Harry graduated from L.S.U. with a degree in Petroleum Engineering. Harry was a Registered Professional Engineer in the states of Louisiana and Texas and worked in the upstream oil and gas business for almost 40 years. Harry worked in various engineering, supervisory, management and executive roles. He retired from Oxy Oil and Gas Company as a Vice President and President of their Mid-Continent Business Unit. 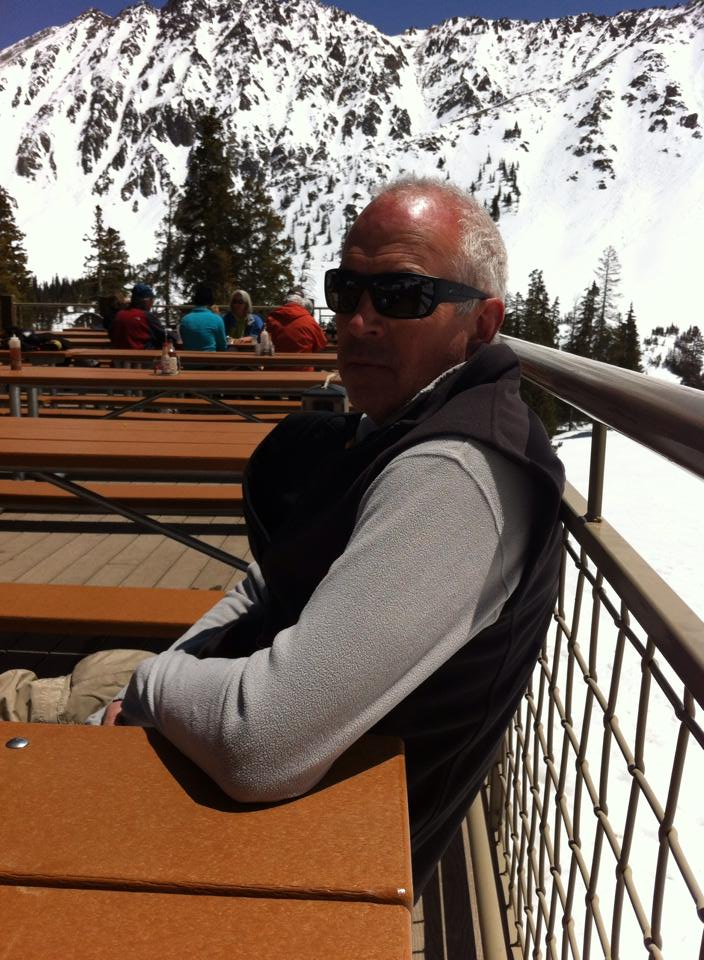 Until his retirement in 2014, Paul worked for a number of software companies, primarily in the Customer Relationship Management sector, including salesforce.com, Oracle and Siebel Systems. All his roles were customer facing where he worked with customers to determine how the software could address their business needs through demonstrations, presentations, responses documents and analysis of existing business processes. In the later years he managed a highly successful international team working with a range of Fortune 100 companies.

Paul was inspired by the philanthropic culture of salesforce.com and committed himself to working with nonprofits in his retirement. To that end, he has worked with a number of Summit County nonprofit organizations, including the Keystone Science School, to implement and maintain their donor and volunteer management systems using salesforce.com.

Paul is originally from the United Kingdom, born in South London. He studied Electrical and Electronic Engineering at The City University in London; he has maintained his interest in engineering and sciences which attracted him to the Keystone Science School. He emigrated in 2005 to San Francisco and subsequently moved to Breckenridge in 2013. He is married to his wonderful wife Carole and has two dogs and two cats. Paul spends his spare time skiing, cycling, hiking and playing guitar very poorly. 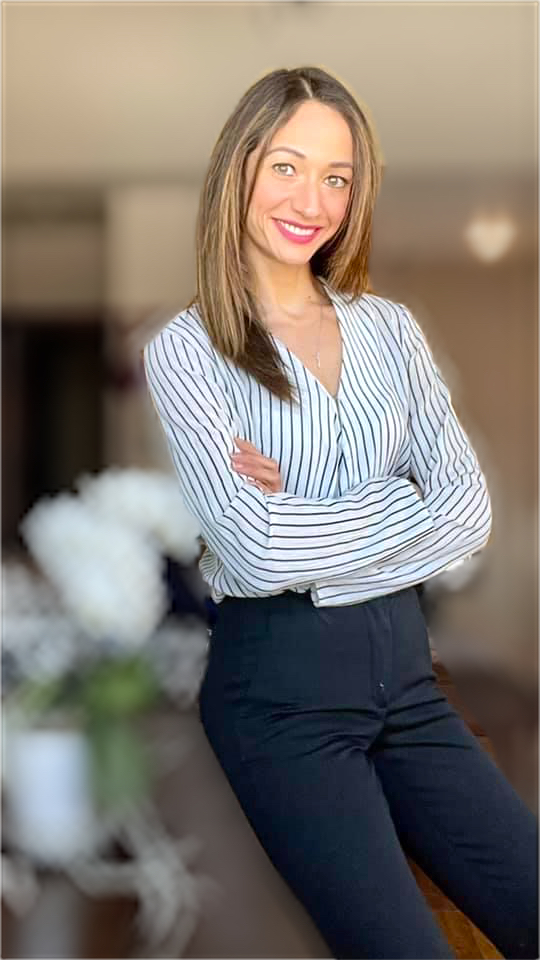 Yanitza was born in Mayaguez PR and moved to Summit County in 2001 at the age of 21 after completing her Bachelor of Science in Biology at the University of PR in Mayaguez.  Shortly after arriving in Summit County, she began working at FirstBank in Silverthorne.  She was hired as a teller and held many roles throughout her career with FirstBank including New Accounts Supervisor and Branch Manager.  In her current role as a Senior Specialist Treasury Management Development, she focuses on expanding and enhancing relationships with local businesses.  Her ability to speak Spanish fluently coupled with her thorough understanding of banking has also allowed her to assist many Latinos in the community with their banking needs.

Yanitza also has a passion for mountain biking and maintaining a healthy lifestyle.  When she is not working or biking with her husband, she dedicates her free time to promoting fitness and wellbeing.  Her love for Summit County and general health has inspired her to become involved in the community through volunteering for local non-profits like The Summit Foundation, Family Intercultural Resource Center, and The Cycle Effect in addition to running her own fitness coaching business. Through her work with her fitness business and The Cycle Effect Yanitza gets to share her love for coaching others to live their best life.

With Spanish as her first language, she has personally experienced the difficulties of language barriers.   As a board member of The Keystone Science School her goal is to help close the intercultural gap so that everyone in the community feels included, and to inspire other Latinos to become more actively involved in our community. 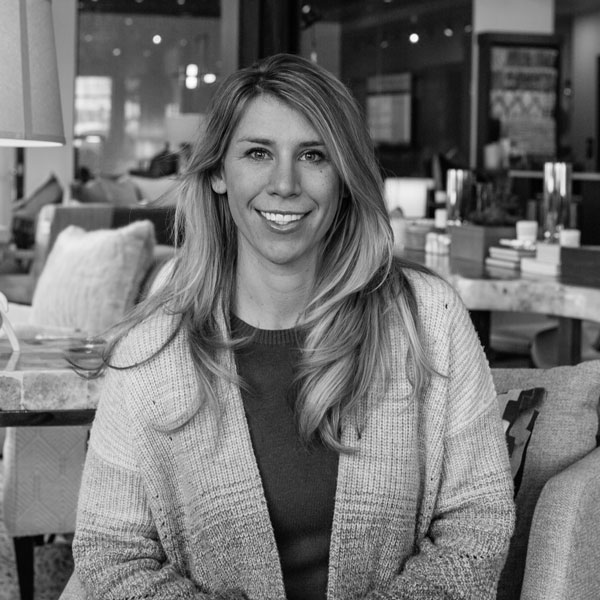 Born and raised in Taos, New Mexico, Linsey will always be a mountain resident. After migrating to the big city of Denver for both undergraduate and graduate programs at the University of Denver, Linsey started her career in public accounting for Ernst & Young with a Masters in Accounting. After a few years of traveling around the country working in oil and gas, agriculture, and healthcare, the mountains were calling.

Hand selecting The Pinnacle Companies as the perfect place for her work ethic and lifestyle, Linsey started tackling special projects and strategic planning for Pinnacle’s initiatives. Uniquely, Linsey works across each line of business to streamline processes, implement structure and technology, and increase efficiency to operate with happy clients and company culture at the forefront of it all. While she loves her role with Pinnacle, she is also a proud wife, mother, and athlete. She spends most of her time as an outdoor enthusiast, soaking in any new mountain pass or trail she can with her family and “good dog Carl”. She is active in the outdoor community and has created a circle of friends that recreate and contribute to the ongoing success of the county. Through her adventurous spirit, Linsey brings excitement, laughter, and productivity wherever she goes. 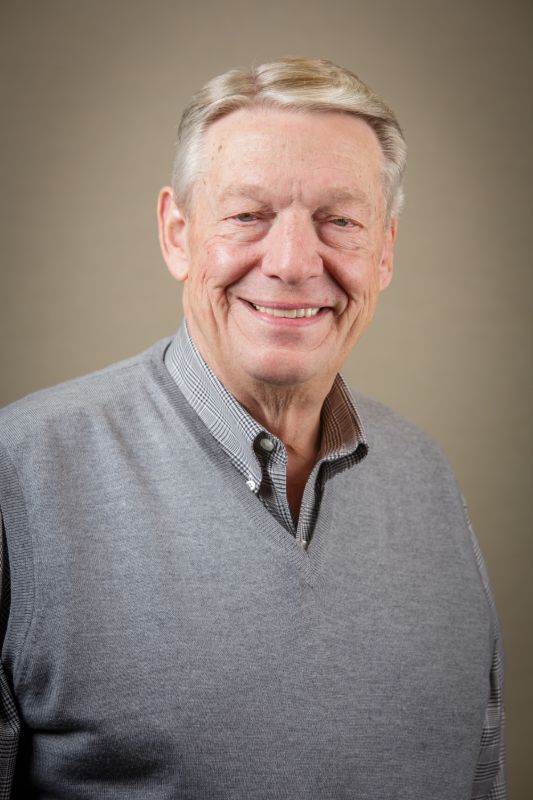 As CEO of COBANK from 1994 through June 2006, Sims was responsible for implementing the bank’s strategic and business direction as set by the bank’s board of directors. During his tenure with COBANK, Sims successfully executed 15 mergers and acquisitions and grew the bank from a $9 billion financial institution to a $36 billion internationally recognized bank. COBANK is part of the $200 billion U.S. Farm Credit System, the nation’s single largest lender to U.S. agriculture and rural America. He joined the U.S. Farm Credit System in St. Louis, MO in 1969 and served in various lending and general management positions for over 37 years.

In addition, Sims was chairman of the Washington DC-based trade association, the National Council of Farmer Cooperatives, and a frequent participant in global trade meetings. He was also a member of the Finance Governors of the World Economic Forum, Geneva, Switzerland and the Dean’s Advisory Committee to the Kennedy School at Harvard University.

Sims has been an ardent supporter of programs for young leaders, often speaking to issues of integrity and leadership by example. He served as chairman of the Graduate Institute of Cooperative Leadership at the University of Missouri, the FarmHouse Foundation in Kansas City, Missouri and Lutheran Family Services of Colorado. Sims was inducted into the U.S. Cooperative Hall of Fame in Washington DC in 2006 and is the recipient of the “Builder of Men” award by FarmHouse Fraternity. Currently, Sims serves on the boards of Thrivent Mutual Funds, Minneapolis, MN, the Keystone Citizens League and the Keystone Science School in Keystone, CO.

A 1968 graduate of the University of Illinois, Sims holds a bachelor’s degree in agricultural economics. In 1992, he completed Harvard’s Advanced Management Program. Sims lives in Keystone, Colorado, with his wife, Nancy. They have two children, a son living in Toronto, Canada and a daughter living in Hoboken, NJ.