Keystone Science School partners with Breckenridge Film Festival to teach participating girls about how to break into the male-dominated film industry. This program is for any female student grades 3-12th grade. Students can register on the Girls in STEM webpage. 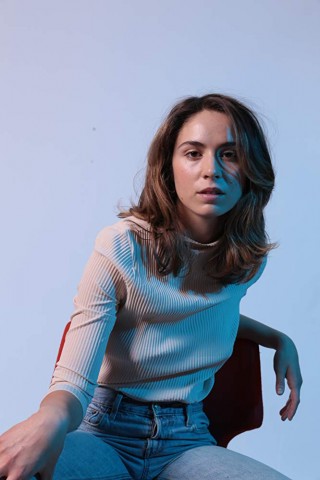 The mentors of our Girls in STEM events are an integral part of not only the programs they support, but also in encouraging young girls to enter STEM fields and opening their eyes to career paths they may not have considered prior to the program.

One of our STEM: Film Festival Mentors, Nancy Degnan, believes it’s important to have women in the film industry because they bring an equal but different perspective to not only the workplace, but art.

“We [women] see nuances that men often don’t, as men see things that we may not,” Nancy said. “We have a unique sensibility that is integral to society. The film industry creates a space for society to be entertained, to be reflected, seen, expressed. If we don’t have women in this industry, women across the world get left out of the cultural moment and narrative. It’s a necessity to have everyone represented by media for this reason. The only reason films exist is because people need them. People have needed art since the beginning of our existence. It should exclude no one, especially over half the population.”

When Nancy Degnan moved to Los Angeles, she was working three jobs. Until she met Film Producer Julia Eisenman.

“We had coffee and I expressed my passion for filmmaking, acting, and writing, and she hired me on the spot!” Nancy said. “[She] walked me down to the production office for a movie she was working on and introduced me to everyone.” She was hired as an assistant and that was the beginning of her path behind the camera.

“Julia and other women were champions for me by getting me to join Women In Film, helping me write a proper bio, supporting me in challenging moments during productions and connecting me with casting resources. Nothing I have done would be possible without these women,” Nancy said.

Being a woman in the film industry doesn’t come without its challenges, though.

“The biggest barrier has been going into rooms and creating a space for myself to be respected,” Nancy said. “Holding myself with respect in rooms or calls with older men was a challenge, and something I’ve learned to navigate through surrounding myself with wonderful partners who believe in me and coach me to find inner strength in those moments. It made me very angry for a while, which felt disempowering when I walked into a room. So a big part of my transcending this barrier was to let go of the anger and start asking for what I need without making the men in the room wrong for not knowing how to talk to a young woman with respect. I taught them how to talk to me by having self-respect.”

Nancy has wanted to work in entertainment as early as she can remember, and she truly feels the career chose her rather than the other way around.

“I chose to get behind the camera because I saw an opportunity to take control of my career and expand the ways I can express through this medium,” Nancy said.

For young women considering entering a STEM field of study or career Nancy says never give up.

“If you love it, and I mean have no other choice because it’s the only thing you can fathom doing with your life, never give up. If you have no idea what the next step is to take, ask someone, anyone. Form a community of people who believe in you, which first starts with believing in yourself. Ask questions, read how-to books, read free scripts online, watch interviews, take seminars, surround your life with what you want to do and it will come. Most of all, share your passion with other people. A lot of my early opportunities came from me expressing how much I wanted to do this, and then people knew how to help me, so they did. Believe in the power of the team!”

Nancy is an active member of Women in Film and is a participant in their 2019 Peer Mentoring Program. She co-founded Intuition Film Productions with Julio Lopez Velasquez and Director Nick Frangione as a vehicle for their collective ambition to tell character-driven stories that are at once sophisticated, culturally diverse, and entertaining.