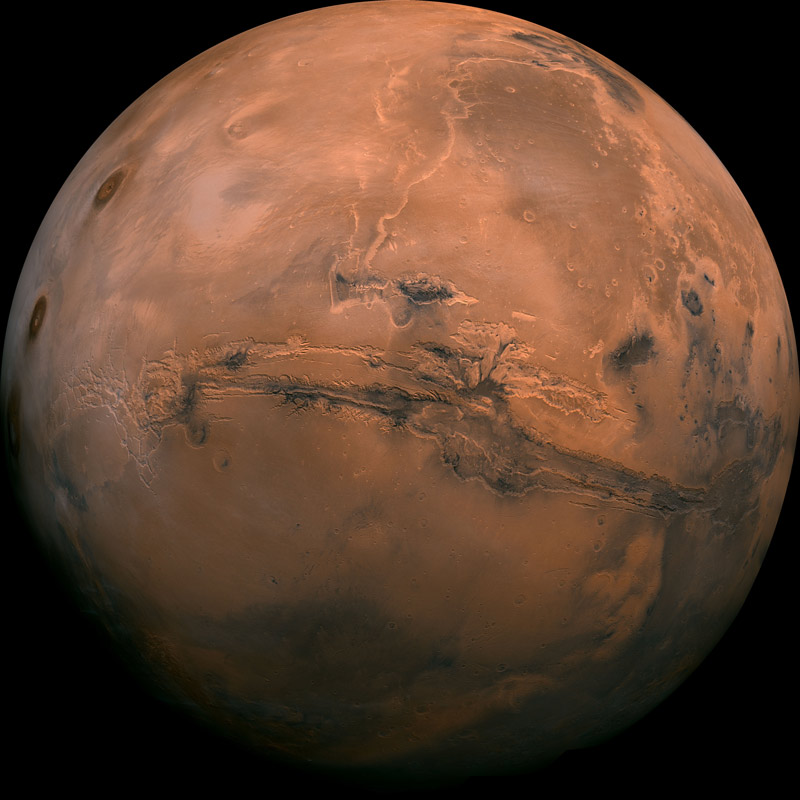 Have you been curious about a bright reddish orb rising from the southeastern horizon after sunset as of late? That’s the planet Mars. To the ancient Romans, Mars was the son of Jupiter and the god of war and the guardian of agriculture and farming. Did you know that the month of March is named after Mars?

At Keystone Science School we explore all components of our environment. Throughout all our overnight outdoor education programs we love to highlight and celebrate the celestial events. The ever-changing night sky is a great way to engage our students to be curious learners whether they are on an expedition program or one of our traditional overnight summer camp programs. We don’t just teach facts about the night sky but want all our students to experience it. We want everyone to be a life-long learner. Go outside, look up, be curious, and wonder.

No, Mars is not warring with the other visible planets Saturn and Jupiter, currently reflecting bold sunlight in the southwestern sky from dusk to deep into the night. In astronomy, an opposition is the time when a planet (Mars) is in the exact opposite position in the sky to the Sun. At the same time, as the Earth passes between Mars and the Sun, Mars will be the closest to Earth since its elliptical orbit varies between 128.4 million and 154.8 million miles from the Sun. This happened on October 13th. When the Sun set that night in the west, Mars rose in the east and shone loudly throughout the night, and then later when it drops below the western horizon early the following morning, the Sun at the same time popped up above the eastern horizon on the opposite side on the sky announcing the start of a new day.

Around every 15 years, the geometry works out that the Earth passes Mars while the Earth is near aphelion (our maximum distance from the Sun) and Mars is near perihelion (its minimum distance from the Sun). When that happens, our two planets are much closer to one another and thus Mars is bigger and brighter. On the 13th, as Mars reached opposition a mere 38, 568,000 miles separated it from Earth. The next time Mars is in opposition is 2035.

What’s Up with Mars?

Here’s what is going on. Mars has an orbit that is about 50% farther from the sun than Earth’s, on average. This results in the Earth completing an orbit of the sun more quickly than Mars does. In fact, Earth circles the sun almost twice in the time Mars takes to complete one orbit. If Earth and Mars were placed at the same starting line on an imaginary racetrack around the sun (as is the case tonight), when Earth returned after one lap, slowpoke Mars would be out of sight on the opposite side of the sun from Earth. By the time the Earth completes its second lap, Mars would be back on the same side of the sun as the Earth. Earth passes Mars every 2 years and 50 days.

Because the Sun and Mars are directly opposite each other as viewed from Earth, we see the fully lighted daytime side of Mars. A fully-lit planet is brighter than a less-fully-lit one. It’s the same with a full moon. When the moon is full it is directly opposite the Sun in the sky; rising at sunset and setting at sunrise. Yep, you are correct, the Moon is in opposition when it’s a full moon.

There is no denying that when you look at Mars with your naked eye, you’ll see a reddish ruddy planet. That reddish appearance is distinct to Mars and is the effect of the iron oxide prevalent on the surface. As a terrestrial plant, viewing Mars through a telescope or binoculars you’ll see valleys, deserts and polar ice caps. At higher magnification through most telescope impact craters will come into view, just like the ones you see on the Moon.

Do you want to learn more about mars and our entire solar system? You can create your own playdough planets and learn more about Mars and the relative size of our solar system with the activity which was part of our Science, Adventure, CHALLENGE! While the contest to win a telescope has ended and we selected a winner, you can still do all the challenges on your journey as a lifelong learner.