By understanding growth mindset and using micro-affirmations to combat stereotype threat, parents can help their children preform their best inside and outside of the classroom.

Keystone Science School hosts Girls in STEM programs as a way to combat one form of stereotype threat. Developing a growth mindset is a practice that needs to be repeated often including in the classroom, through programs like the ones hosted at KSS, but especially at home.

What is “Growth Mindset”?

Growth mindset is the understanding that abilities and intelligence can be developed. That is the definition used by Dr. Carol Dweck who coined the term after studying students’ attitudes toward failure. 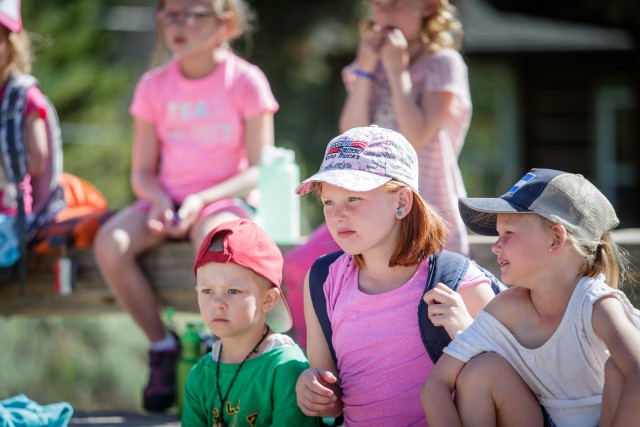 People who demonstrate a growth mindset see that effort is the path to mastery. Therefore, they are more likely to embrace challenges. More importantly, when children with a growth mindset encounter the inevitable hardship or failure they persist and see the experience as a learning opportunity and space for growth

Growth mindset is not just a nice idea. Researchers have found that 7th graders who were taught that intelligence is malleable and affected by effort, showed a clear increase in their math grades.

Unfortunately, too many people operate with a fixed mindset, but research shows that mindsets can be changed.

To see if you have a Growth or Fixed Mindset you can take the quiz here.

Micro-messages are small, subtle messages that are often unconscious and can be positive or negative. Mary Rowe of MIT introduced the concept starting in the 70’s. The positive set are known as micro-affirmations can be consciously used to combat their opposite, micro-inequalities. Micro-inequalities are tools that reinforce stereotypes.

Through her work on the topic, Rowe found that these micro-messages, both positive and negative, were socially contagious. When one member of a team started using micro-affirmations it became a part of the group’s culture. What kind of culture do you want to create at your school, home, or workplace?

How does stereotype threat come in?

There has been a demonstrated link between mindsets and what social scientists call stereotype threat. This phenomenon occurs when people risk confirming a negative stereotype about themselves. Awareness of stereotypes can contribute underperformance when a person worries that a poor performance will validate the stereotype and instead of being totally focused on the task at hand, their attention is split between the task and feelings wrapped up in the stereotype. These same people preform just as well as their peers when they are not reminded of the stereotype just before beginning.

What steps can I take to help my child?

As mentioned earlier, students who are taught about the malleability of brains when effort is applied, show improvement in their classroom performance. Additionally, parents and teachers can consciously shift their perspective by the type of feedback they give their students. See the table below for some examples. 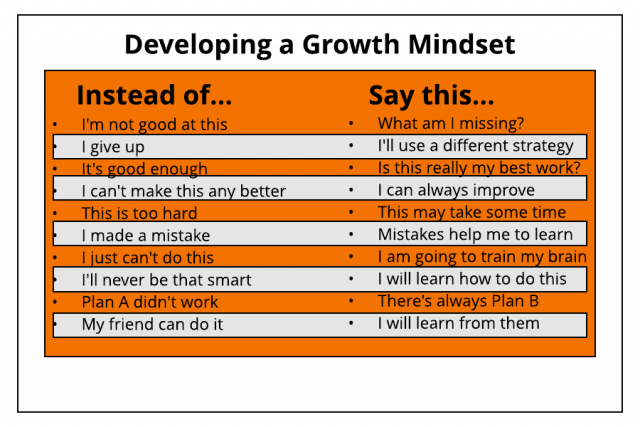 Parents can help their children overcome possible stereotype threat by using micro-affirmations. Some examples of micro-affirmations parents can use include listening when youth are talking, assigning females and males activities based on skill and not gender, and critically thinking about the parent’s own biases. Remember, these micro-messages are most effective when repeated often.

One example of the benefits of consciously changing micro-messaging for girls in the science, technology, engineering, and mathematics (STEM) fields. There is an unsubstantiated belief in our culture that girls are not as adept at STEM fields as boys. While the research and attitudes of modern parents and educators reject this belief, society still contains micro-inequalities that girls encounter.

The best way to address subconscious micro-inequalities is with conscience micro-affirmation. In the case of girls in STEM, parents could do things as simple as asking about STEM classes and encouraging them with principles of growth mindset.

Check out our Girls in STEM program here!