The Hidden Purpose of CLAW 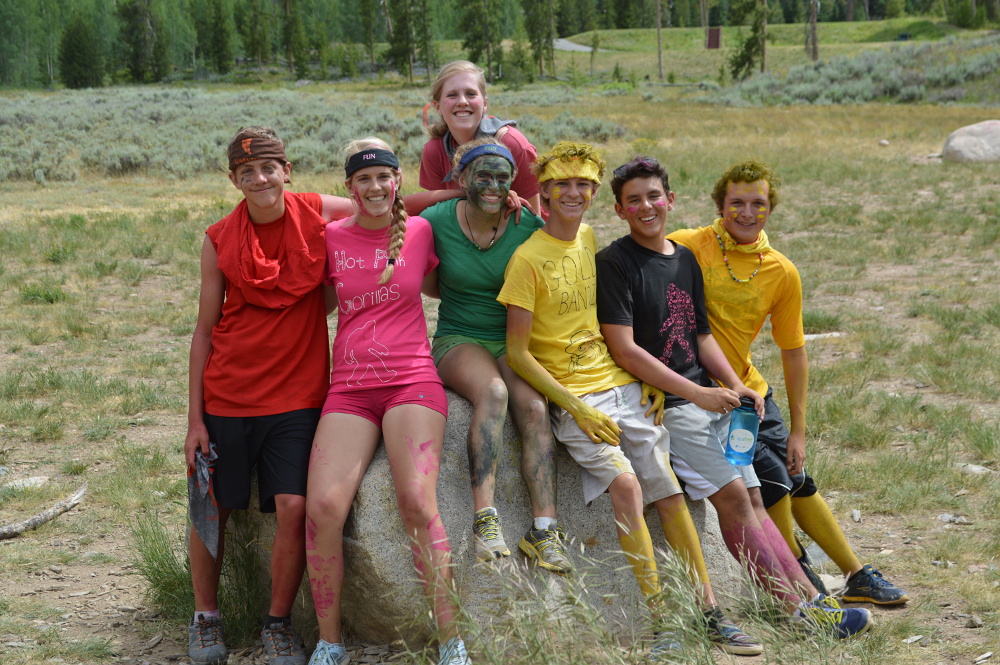 On Monday of our Discovery Camp Deluxe session, the first question we hear from campers is, “Are we having CLAW this year?” Of course, we always answer, “Nope we’ve changed the Deluxe schedule this summer.”  They know we’re lying, but they play along anyway.  Half the fun of CLAW is the anticipation!

Wait just one second… What is CLAW?  Camp Legends and Warriors, CLAW, is Keystone Science School’s color war program.  It is a 2-3 day heavy competition where the camp is split into four teams and everything done at camp is for points.  The intensity and commitment of the campers and counselors is indescribable.

Let’s take a walk through CLAW.  During what would be a normal camp program, perhaps movie night, there is a strange occurrence.  The movie suddenly stops.  The campers begin to make noise, what’s going on?  There’s a moment of static and BAM! The letters CLAW appear on the screen.  The room erupts in screams of delight.  The games are about to begin.  The Discovery Camp Manager reveals the teams, their CAP-tains (counselor assistant program), and their mascots.  Once all the logistics have been announced, it is full out warfare.

Campers have been readying themselves for camp all winter and it is finally time for all their hard work to pay off.  For example, one CAP-tian tells me she has collected clothing, make-up, and accessories for all the team colors.  She shows me a second suitcase she brought to camp, strictly filled with gear for CLAW.  She covers herself in everything yellow; yellow bandana, yellow shirt, yellow shorts, yellow socks, and gold nail polish. She is a “Gold Bandit” CAP-tian.

The camp is split into four zones.  The campers meet with their teams in the zones and lend each other clothing and accessories so that every team member fits in.  They begin making posters and dressing their mascots.  Mascots were group counselors just an hour ago.  Now they are props and worth points.  The CAP-tians write and teach the campers new cheers and songs for their team.  Meanwhile, the Camp Director and specialty instructors redesign camp specifically for CLAW.  They are the judges and they also have a team color.  They dress in last year’s victorious color.

Lastly, the dining hall is where all the action happens.  Imagine that scene in Harry Potter where there are 4 long tables organized by house.  The camper tables are arranged in 4 long rows.  They will only eat with their team now.  A rope is hung above each table and colored rings of paper are hung on the rope to tally points earned during the games.

Now, lets get onto the real competition.  For two full days, the campers are engaged in all sorts of activities for points.  Clean cabins award points before breakfast.  Being on time for daily line-ups are worth points.  The team creates and performs a skit about their team.  The team designs a banner about their team and all its members.  There’s an all-camp trivia competition.  Lastly, there is the Warrior Relay Race, a full campus and full team relay involving anything from wilderness skills to cookie eating.

The competition ends with a closing campfire.  The campers perform a team song, and the judges tally the points.  Emotions are at their highest as the awards for Science, Adventure, Fun, and Champion are announced.  The CAP-tians hug and cry, the camper’s hug and cry, the mascots hug and cry.  Every camper places a handprint in their team’s color on a commemorative CLAW board.  Just as instantly as it began, it ends.  The camp is transformed back into camp.

Now, what’s so special about this color war?  It’s just like any other camp’s color war, that’s where you’re wrong.  Throughout the summer, Keystone Science School activities revolve around a group of characters called Camp Legends.  Most famously, the Hot Pink Gorilla makes an appearance every opening campfire for six weeks of Discovery Camp.  The White Mermaid and Red Pirate are the focus of the craziest water balloon fight/capture the flag hybrid game.  The Gold Bandits celebrate Summit County history and the historical campus, we call home.  Lastly, the Green Zombies are examples of what could happen if you are too plugged into technology and forget to play outdoors.  A “warrior” camper is chosen at every session’s closing campfire to recognize a camper who overcame an especially difficult week at camp.  When CLAW takes place, all the campers become Warriors protecting and defending their beloved Legends.

Although CLAW only takes place during one camp session, the impact is felt throughout the summer programs and year-round at the Science School.  To begin with, our counselors are wonderful examples of friendly competition.  Though they are dressed and painted head to toe in their team colors, they interact with their co-counselors and campers with the same love and respect regardless of color.  The Counselor Assistants are offered a great opportunity for leadership as CAP-tians.  They become the organizers of their team by creating and teaching the younger campers the songs, skits, cheers, and generally presenting the team’s attitude and appearance to the rest of the camp.

Most importantly, CLAW is a fun and healthy way for our campers to develop their competitive side.  CLAW has winners and losers.  CLAW has points.  Camp is the place where children can learn to win and lose gracefully.  Camp is the place where children can explore new tasks and try new activities as they contribute to the success of their team.  Not every child can run the fastest, so the team picks their fastest to represent them.  Not every child is destined to be on the stage, so the team picks its best actor or actress to lead in the skit.  During CLAW, campers learn how valuable they are as a member of their team for their specific strengths.

At the end of CLAW, the camp comes together again.  Everyone goes back to the respective dorms.  The face paint is washed off and pajamas are put on.  They gather in the center of the cabin as a whole group and quietly share why they think we do CLAW and what they will be able to take away from the experience.  The debrief of the activity is just as valuable as the activity itself.  At the end of the camp session, the campers and CAPS stand a little taller, confidently showing off their CLAW board as they walk their parents through camp. 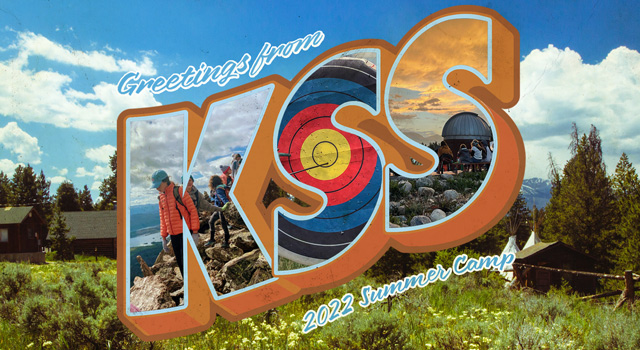