making the most of my opportunity 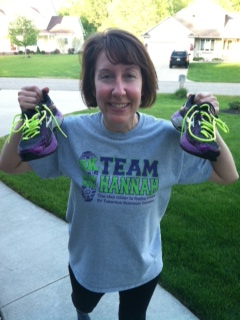 I will be attending Key Issues Institute at Keystone Science School in June thanks to the generous sponsorship of my sponsor, Alcoa Foundation. I am looking forward to learning new techniques to teach science concepts to my sixth graders in Michigan. I want to make the most of my experience so I am planning early. Before I leave for Key Issues, I will be mapping out my science units for the next school year. As I learn at Key Issues, I want to note places where the new strategies will fit smoothly into my curriculum. I also want to make the most of my experience outdoors, so I am exercising daily. I can’t wait for June 24! 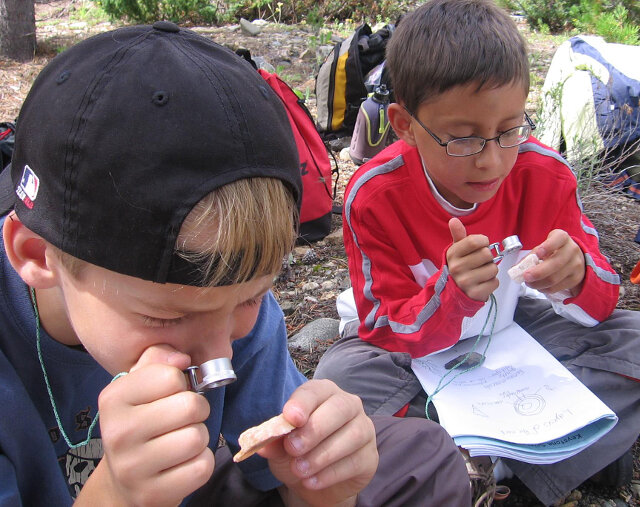 This week marks the close of KSS School Programs for the 2013-2014 school year. It’s been a great one and we look forward to many more. For years Keystone Science School has enjoyed a productive and mutually enriching relationship with Summit County School District through KSS’s unique School Programs. These local, grant-funded programs bring supplemental and experiential education into Summit County classrooms while also providing an opportunity for both the students and teachers to get out of the classroom to experience science in the natural environment.

Heidi Pace, Summit County School District Superintendent and KSS Board member says, “Keystone Science School has been an invaluable partner with Summit School District. Our students benefit from programs like astronomy, outdoor education, hands-on science education, after school health and nutrition, and many others. Their staff and curriculum are top-notch. Our students love being involved with Keystone Science School, which directly benefits their learning and success in school.”

Without the support of the Summit School District KSS would not be able to reach as many young people in our community. The collaboration between Summit County teachers and KSS program instructors allows us to develop targeted, meaningful curricula that address specific state science standards while creating innovative and fun learning experiences that spark students’ interest in STEM. As a result teachers receive support in meeting their goals and KSS is closer to meeting its mission.

This kind of cooperation and mutual support is what has built the Summit County community. “It’s exciting to be able to make an impact in our immediate community,” says Dave Miller, School Programs Director at KSS. “This partnership helps us to get to know Summit County on a deeper level and understand what the needs are here and be able to impact those needs through what we do at KSS.” 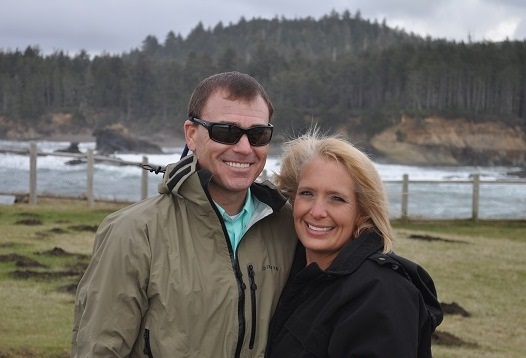 Keystone Science School’s dear friend and generous supporter, Ty Pennington, passed away in April 2014. While he was taken from us too early, his contributions and spirit will always be remembered. Ty was a kind and generous man with a firm belief in community, family, and helping others. The first day he walked onto KSS's 23-acre campus was a typical chilly day in early October 2012. At the time neither Ty nor the staff at KSS had any idea what a meaningful and special relationship was about to take root. He was there simply to learn more about our Legacy Camp program, but was so moved by what he heard that he left us with a check that fully covered the cost of the program for one year. We were shocked, overjoyed, and amazed at the generosity of a man we hardly knew.

Designed for children dealing with the loss of a family member, Legacy Camp instills pride and strength through the concept of legacy. With intentional, purposeful programming we work to provide these children with a sense of community, empowerment, and fun.

Ty and his wife, Missie, opened their ranch to the Legacy Camp participants who enjoyed a multi-day adventure complete with beautiful hikes, campfires, s’mores, and connection to the outdoors. He wasn’t one to sit back and watch from afar – he jumped in and got to know the children impacted by his generous gift, even sleeping in the dorms on our campus to better understand the program.

Ty’s involvement with KSS didn’t stop at Legacy Camp. He became a Board Member and was also the lead donor in our Campaign for KSS – an emergency fundraising effort that allowed Keystone Science School to become an independent organization in 2013. Ty and Missie gave $1M to the effort and ensured that the impact of KSS’s programs could be realized for generations to come. Our 23-acre campus is named Pennington Campus in honor of this generous support.

As a Catalyst donor – one who gives more than $1,000 each year – Ty participated in other programs at KSS to learn more about what we do. One snowy afternoon Ty came to see the CATCH Afterschool Program in action at Dillon Valley Elementary. And in typical Ty fashion, we didn’t have to twist his arm very hard to get him into the action – he jumped right in and was playing games and running around with the kids. His mischievous smile and good-natured competitive streak made him popular with the kids in no time.

We have been repeatedly humbled and honored by the generosity and devotion we have received from Ty and Missie over the last couple of years. Ty’s energy, intelligence, motivation, and approachability made him a natural friend of KSS and a valued advisor for our organization. He will be deeply missed.

Love What You Do 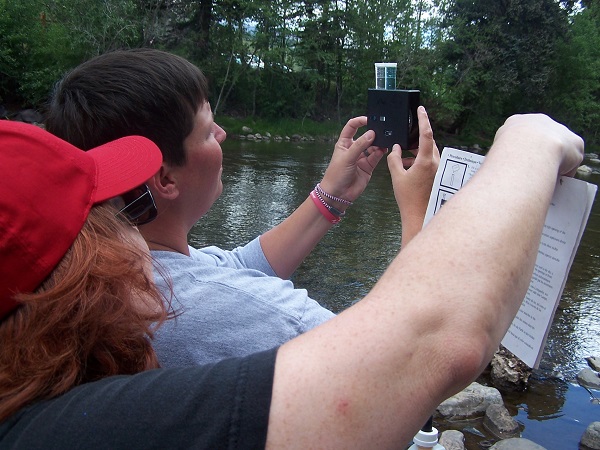 While doing research for our marketing video I asked Emily Weber, our Educator Programs Director, why she loves her job. I love her response so much I have to share it. And with Key Issues kicking off next month Emily’s life is more than a little busy right now. In times like these it’s always nice to be reminded why you’re working so hard. Keep your head up, Emily. We couldn’t do this without you!

I firmly believe in KSS’s mission, and the impact that we all have on students. When someone asks me to tell them what I do at KSS, I almost can’t believe the words that are coming out of my mouth. I’ve been here about a year and a half, and I still ask people to pinch me because it seems too good to be true. As a former classroom teacher, I used to impact one classroom of students – about 30 students per year. With the work that I do now, if I impact 30 teachers at a workshop, it multiplies the student impact exponentially. I get goosebumps every time I think of that. Whenever I feel discouraged with fundraising or if I’m having a hard day, I just remember the national and international reach that Educator Programs has, and it inspires me to stay motivated and committed. My job combines so many aspects that I love, from teaching and program and curriculum development to fundraising and building relationships, impacting students around the world, and being a member of an amazing team here at KSS. Plus I get to live in my favorite playground of Summit County, Colorado. This is truly my dream job.

Are You Ready for Your Odyssey? 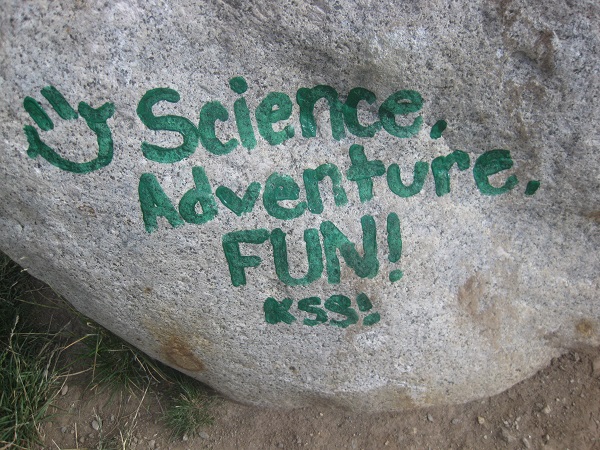 It’s 70 degrees and sunny here in Keystone, Colorado. As the weather finally turns warmer and the mountains suddenly turn from brown to green, we’re getting excited for our Summer of Odyssey! Spring is a season of transition, reflection, and preparation. A time when we think back on our summer adventures of the past and use those experiences, good and bad, to steer our way to new adventures.

Last summer one KSS counselor assistant wrote an incredibly eloquent blog post reflecting on her summer adventures at KSS. This is a truly beautiful account of one girl’s journey and the life-affirming lessons she learned along the way. Give yourself ten minutes today to read Anne’s story and I promise you won’t regret a single second of it.

At KSS, you mostly learn things about yourself that you couldn’t learn otherwise. It provides you with the circumstances to gain experience…that, “live and learn,” that everyone always talks about. The things you do and the activities you partake in throughout the six days act as a catalyst for change in self-knowledge, character, and emotion; they allow one to learn to persevere and to conquer fear in its every form. Every year I go to KSS, I go in expecting to learn something new, and I’m always surprised at how profound it turns out to be when reflecting back.