It's Going to Be a Marvelous Summer! 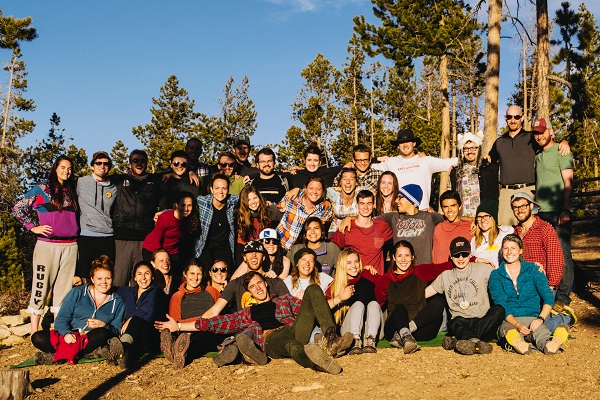 The pungent smell of burnt marshmallow lingers in the air, mingling with the sharp astringence of lodge pole pine. Reverberations of laughter and shouting echo in the forest, as glimpses of pink primates are rumored in the area. You may question your sanity, or maybe you already know that something magical is happening in these mysterious woods. These are just some of the tell-tale signs that another summer has begun at Keystone Science School.

Counselors, campers, and all the legends of camp have started to congregate back to KSS to start The Summer of Marvel. This will be my second summer returning to KSS. During these magical months this campus becomes my home, these people my family. Through our collective dedication we learn, explore, and grow together as the summer progresses. I can’t wait to start teaching science as we explore the amazing and marvelous Colorado Rockies. Well discover our true potential as we challenge and push the boundaries of the conventional camp experience. I can’t describe the energy and excitement building within the staff and myself to start The Summer of Marvel!

How Do You Know When It's Working?

KSS instructors DC Alatorre (left foreground) and Ben Murphy (right background) with a group of students on the Continental Divide.

So far 2015 has felt like The Year of Environmental Educators. Maybe it’s partly that working at KSS for both Summer Camp as well as School Programs turns a person into a public figure or celebrity of sorts, whether you expect it or not. But no matter where I go or what I do little signs crop up showing me that KSS is making a real impact in environmental education for the kids and adults we work with every day.

Last weekend I was playing fetch with a friend’s dog in the dog park at Carter Park, when a group of wide-eyed kids came up to me. “You work at KSS!” one said excitedly. “I can’t wait for camp to start next month. It’s going to be awesome!” Their mom was standing behind them nodding her head and smiling. I had a feeling they wanted me to break into a camp song right then and there.

Two weekends ago I received a message from a chaperone that had attended one of our residential School Programs this year. “I had such an amazing time. Your school seems amazing. The kids had a blast! I would love to hear more about your job and your experience in outdoor education.”

A month ago the School Programs instructors made an adventure trip to Shelf Road, Canon City, Colorado. We went rock climbing, hiking, sat around camp fires, and enjoyed amazing meals together. That week we were visited by a mountain lion. Yes, a mountain lion! Some people might find this experience terrifying, but for us it was exhilarating and another great story/learning experience to share with our students.

And even just this past weekend was no different. It was the final weekend for School Programs, a rainy and cold weekend, a weekend where your agenda list includes packing, packing and more packing; what kind of revelations can a person get on such a boring weekend? For me it came in the sign of the movie “Fern Gully.” It might seem like a “kid movie” but the message is powerful no matter how old you are. More importantly I recognized a lot of similarities between the educators here at KSS and the roles of Crysta, Magi, and Zak in the movie. It’s the shared experience of being outdoors, seeing wildlife, and connecting with friends and nature that truly makes a lasting impact. And that’s such a huge part of what we do here at KSS.

So from one environmental educator to all the others out there, I say, “It’s your year! Keep doing what you’re doing because it’s working!” 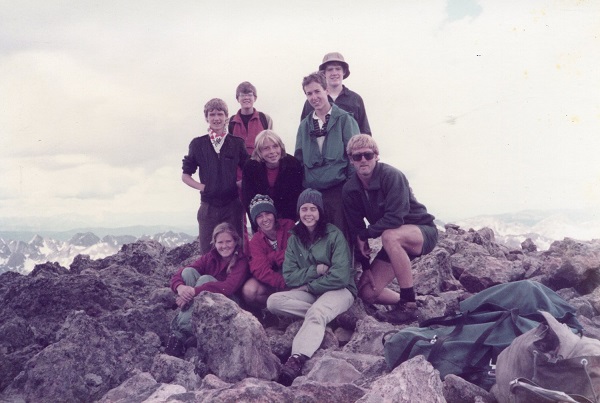 Martin's KSS group celebrates at the summit of Mount of the Holy Cross in 1984.

During the summer of 1984, KSS Camp staff in partnership with the National Wildlife Federation led 10-day backpacking trips in the Rockies for youth about 14-17 years old from all across the US. I co-led a couple of these trips; one of them ventured to the Holy Cross Wilderness area. About a week before we left on this adventure, the U.S. Geological Survey reclassified Mt. of the Holy Cross as being 13,998 ft. in elevation; demoting it from its former “14er” status. This deeply offended the teenagers in our group . . . the crowning glory of their trip, climbing one of Colorado’s famed “14ers,” had vaporized with the stroke of a pen.

As it turned out, the day we climbed Mt. of the Holy Cross was a fine day and, when we arrived at the summit, we did not have to worry about thunderstorms chasing us right back down. With the leisurely time available to them, the kids spent about an hour piling large rocks to about 5 feet higher than what they’d encountered upon their arrival. They were really psyched about this, sure that their hard labor would restore the former status of the mountain as a 14er! Amazingly, soon thereafter, the USGS did indeed relist Mt. of the Holy Cross as being 14,000 ft. (The current elevation is placed at 14,005 ft.)

Fast forward exactly 30 years to the summer of 2014. My family and I were taking a rest break on a trip up into the mountains and stopped in the Eagle Historical Museum. I was talking to a volunteer there when my daughter asked me what the big mountain was in the diorama in front of us. When I told her it was Mt. of the Holy Cross, the volunteer immediately jumped in to tell us a story from decades ago about the mountain. He and other people in Eagle County had heard that the mountain had been demoted to less than 14,000 ft., until a group of tenacious hikers restored it to its former glory by piling rocks at the summit. This story had apparently become somewhat of a legend in Eagle County, according to the volunteer.

When I then told him the story of our group of backpackers from Keystone Science School, he was pretty impressed! In discussing the timing and other factors, we verified that it was almost definitely the KSS group that initially added to the mountain. Our trip had been very soon after the time of the USGS announcement and we did not encounter any kind of large, human-made pile of rocks at the top before us. I’ve told this story many times over the years, especially after the debut of the 1995 film, “The Englishman Who Went Up a Hill But Came Down a Mountain,” that starred Hugh Grant. Now, with what I learned at the Eagle History Museum, I feel like my fellow KSS Campers and I played a part in history. 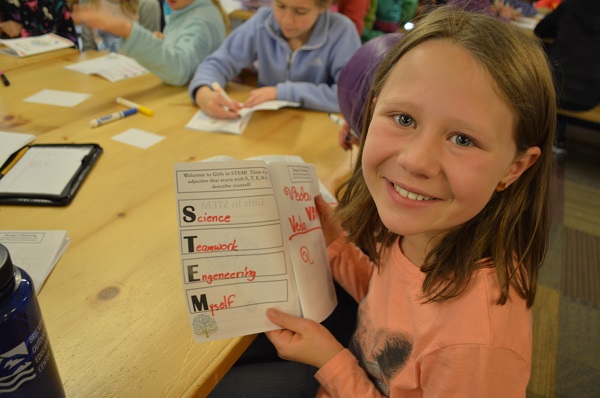 Girls were asked to use the STEM acronym to come up with 4 adjectives that described themselves.

As an IT consultancy that helps organizations streamline operations and build dynamic competitive advantages, at Avout we know the importance of a solid educational foundation in STEM subjects. We provide IT projects and staffing, Oracle license sales, strategic-level advisement, and managed services. This is what allows us to give back to our community.

Through 1% for the Planet, we support non-profit organizations focused on sustainability. Jake Wiebe, our Chief Giving Officer, selected the recipients of Avout’s donations based on two things close to his and his family’s hearts—biking and the Colorado outdoors. “We wanted to pick organizations that were doing meaningful work, and be able to make contributions that were sizable enough to make a difference,” said Barry Wiebe, our President and CEO.

Since 2011, Avout has been donating 1% of sales to Colorado Mountain Club, a group that spreads its passion by advocating mountain enjoyment and study, and the Colorado chapter of Bicycles for Humanity, an organization that donates bicycles to empower people in developing countries with transportation.

This year, we’re thrilled to add Keystone Science School and Outdoor Lab Foundation to the organizations we support. "I found Keystone Science School on the 1% for the Planet participants’ list while hunting for a non-profit that provides outdoor education," said Wiebe. "We are excited to fund the Girls in STEM program and were happy with this weekend’s turnout of 66 3rd-6th graders. KSS continually impresses me with how they run their programs.”

Teachers in the Wild!

Each summer Key Issues Institute brings teachers from around the world to Keystone Science School for an innovative and fun professional development workshop. Teachers get outside to really experience the curriculum in action. Then they take what they've learned back to their own schools to share the KSS experience with students from around the world -- from the US to Jamaica, Canada, and even Australia.

Huge thanks to Keystone Media Productions for making this beautiful video and thanks as well to our 2015 program sponsors.